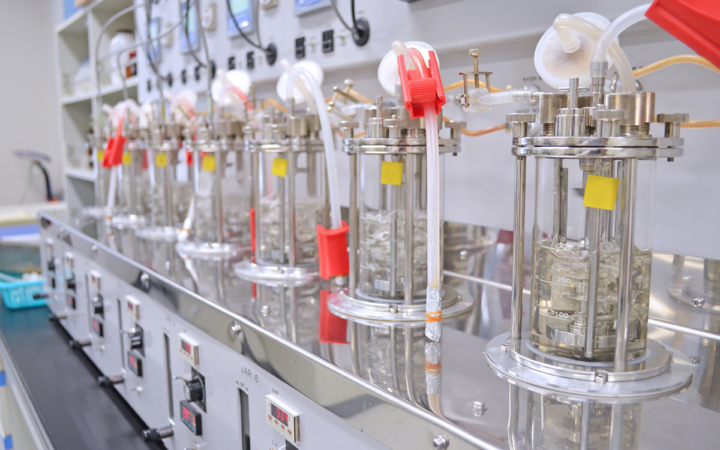 As the field of bioproduction evolves, a better understanding is established of the critical process parameters and key performance indicators needed to optimize production yield and quality. These new strategies have resulted in advancements in feeding and harvest strategies that have taken the field from Batch, to Fed-Batch, and on to Perfusion.

What is Batch Fermentation?

Batch fermentation processes are often considered the first processes adopted by the biopharmaceutical industry. Microorganisms are added to culture media in the bioreactor, which has been pre-filled with nutrients like glucose, glutamine, other amino acids, and minerals. The media remains the same during the entire process and is not supplemented, refilled, or exchanged at any time.

After an initial lag phase, the number of microorganisms increases sharply during the growth phase. Then, after a stationary phase of suspended population, the culture population drops off in a death phase. The cause for the population drop-off can be tied to the depletion of nutrient media and the accumulation of toxic substances. The PAT strategies are limited just to the critical process parameters which can be modified in real-time and therefore can be controlled (e.g. pH, DO and temperature).

What is Fed-Batch Fermentation?

Fed-batch has been the dominant bioprocessing method for decades. The fed-batch process differs from the traditional batch process in that nutrients are added in stages to maximize cell growth. The bioreactor is filled with a base amount of media to support initial cell growth. Feed media is added when needed to replace nutrients depleted by the increasing cell population. The cells and their products remain in the bioreactor until the end of the run. With this setup it is possible to automatically regulate the addition of feed media according to nutrient levels or viable cell density.

What is Perfusion Cell Culture?

The term continuous bioprocessing generally refers to perfusion technologies. The bioreactor runs at a fixed volume and fixed cell concentration for 30–90 days or longer depending on cell line. During this time the feed media is constantly refreshed and the secondary toxic metabolites eliminated while cells are simultaneously harvested for further processing. Perfusion technology is one of the newest methods for cell culture processes. Despite the benefits of perfusions, regulatory issues are still a hurdle for its implementation: Problems with the “batch” definition in a continuous process make release procedures more complex. Therefore, even more than for the other process types, perfusion is highly dependent on QbD and PAT in order to work properly and be accepted by regulatory authorities.