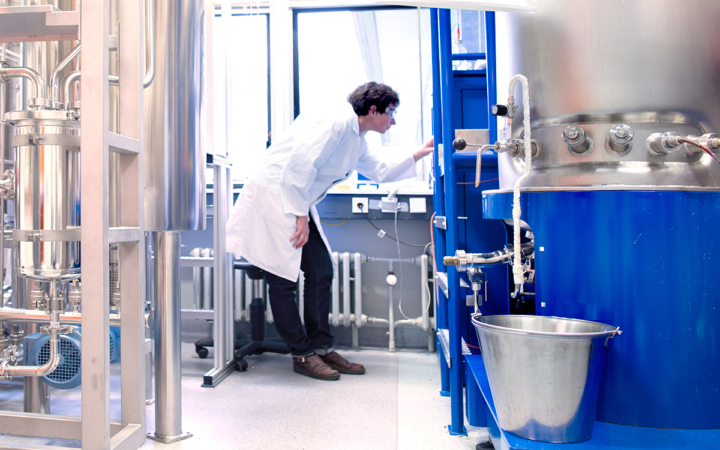 Biopharmaceutical manufacturing is complex due to the heterogeneity typical for bioprocesses. In the upstream process, the heterogeneity arises from the cells which are living subjects. Minimal variations in the environment can produce higher or lower yield of product with a quality that achieves the critical quality attributes (CQAs) or in other words, with a molecular conformation bioactive enough to deliver the expected healing effect on patients. The upstream heterogeneity transfers to the subsequent product purification steps in downstream processes.

Existing scientific literature already describes how the application of process analytical technology (PAT) to complex industrial bioprocesses, like protein production, could enable significant improvement in upstream processes through the use of performance indicators (e.g. viable cell density). In downstream processes, the application of PAT results in higher quality and purity of the final product (e.g. protein, vaccines, etc.).

Measurement and control of bioprocess parameters start with bioprocess engineers reviewing their production processes in search of process improvement. Data analysis must be performed on all process steps and outputs, ranging from fermentation processes to the resulting production titer. This often starts with looking at bioreactor processes like mammalian cell culture and bacterial fermentation.

Bioreactors are vessels used for cultivating mammalian cells (such as CHO), microbial cells (such as E. Coli) and yeast or small plant cells (such as moss). These cells work like small factories to produce the desired compounds. The cells transform nutrients like glucose and amino acids into high-value biopharmaceutical products such as vaccines, monoclonal antibodies (mAbs), and other therapeutic proteins. A variety of culture strategies including batch, fed-batch, and perfusion exist to optimize quality and yield but all techniques rely on PAT tools in the bioreactor to achieve optimal quality and yield.

MAbs and therapeutic proteins are produced mainly by means of mammalian cells, especially if the needed therapeutic agent must be compliant with human biology.

The most commonly used cell lines are CHO, BHK, and NSO-GS. Such cells typically exhibit a growth rate of doubling their numbers every 24 hours. This is relatively slow, therefore monitoring and control strategies should benefit from longer working times. Nonetheless, mammalian cells have a less robust outer membrane compared to microbial cells, thus they are more fragile against changing process conditions: they have to be constantly controlled. Huge cost comes from batch loss due to equipment not working properly to maintain the desired process conditions. Equipment failures, particularly at the commercial scale, are extremely costly, resulting in lost batches, a repeat of the bioprocess studies to satisfy regulators, and other such problems. Due to these reasons, the PAT push for real-time monitoring and automated control means significant improvements for bioprocesses using mammalian cells.

Several recombinant proteins and vaccines are produced with microbes such as bacteria and yeasts. Applications of these cells are widespread due to their robustness and ease of cultivation. Compared to mammalian cells, microbials typically have shorter fermentation times as well as higher chemical and physical protein stability. Bacterial cultures can double within 20 to 30 minutes, which is why CPPs such as pH, DO, cell density, and feed rates need to be measured as frequently as possible. Once again real-time control becomes necessary to achieve true QbD. 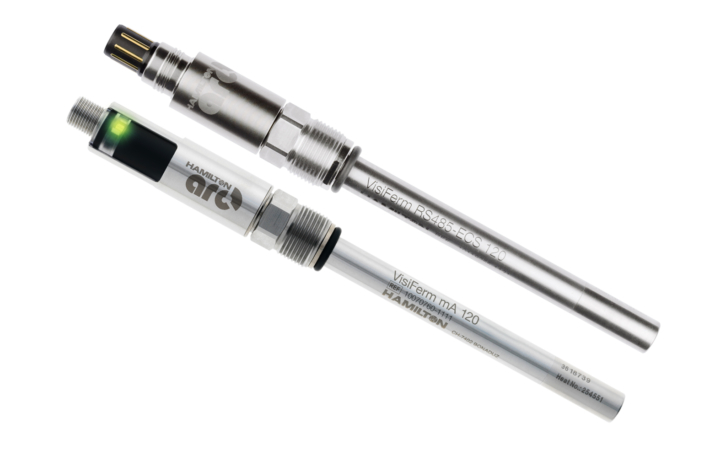