In humans, cytochrome P450 contains three primary enzymes involved in the metabolism of Δ9-tetrahydrocannabinol (CYP2C9, CYP2C19, CYP3A4). These enzymes are mostly found in the liver, but can occur in other lipophilic tissues like brain, small intestine, heart, and lungs. THC elimination in the body is dictated by the accumulation of the compound in both adipose tissue and plasma and, due to the lipophilicity of THC, the determination of the concentration through excretion is difficult.1,2 Likewise, states have passed regulations allowing for the legal use of both medicinal and recreational cannabis while workplaces in those states continue to dictate safety regulations with a zero tolerance drug policy culminating in a urine test to determine compliance. With more than 100 THC metabolites, detection of the most abundant, 11-hydroxy-THC, 11-carboxy-THC glucuronide, and 11-carboxy-THC, hold the most focus. Typically, between 80% and 90% of the THC consumed is excreted as carboxylate and hydroxylate metabolites.3,4

The Hamilton PRP-C18 reversed-phase column offers good selectivity and peak shape when detecting the three major components of THC metabolites in urine. As shown in Figure 2, samples spiked with metabolites in urine show good correlation in low concentrations and rapid sample analysis can be achieved in under eight minutes. In addition to good column performance, all Hamilton columns come with value added features that include great chemical and thermodynamic stability and increased lifetime due to their PS-DVB backbone. 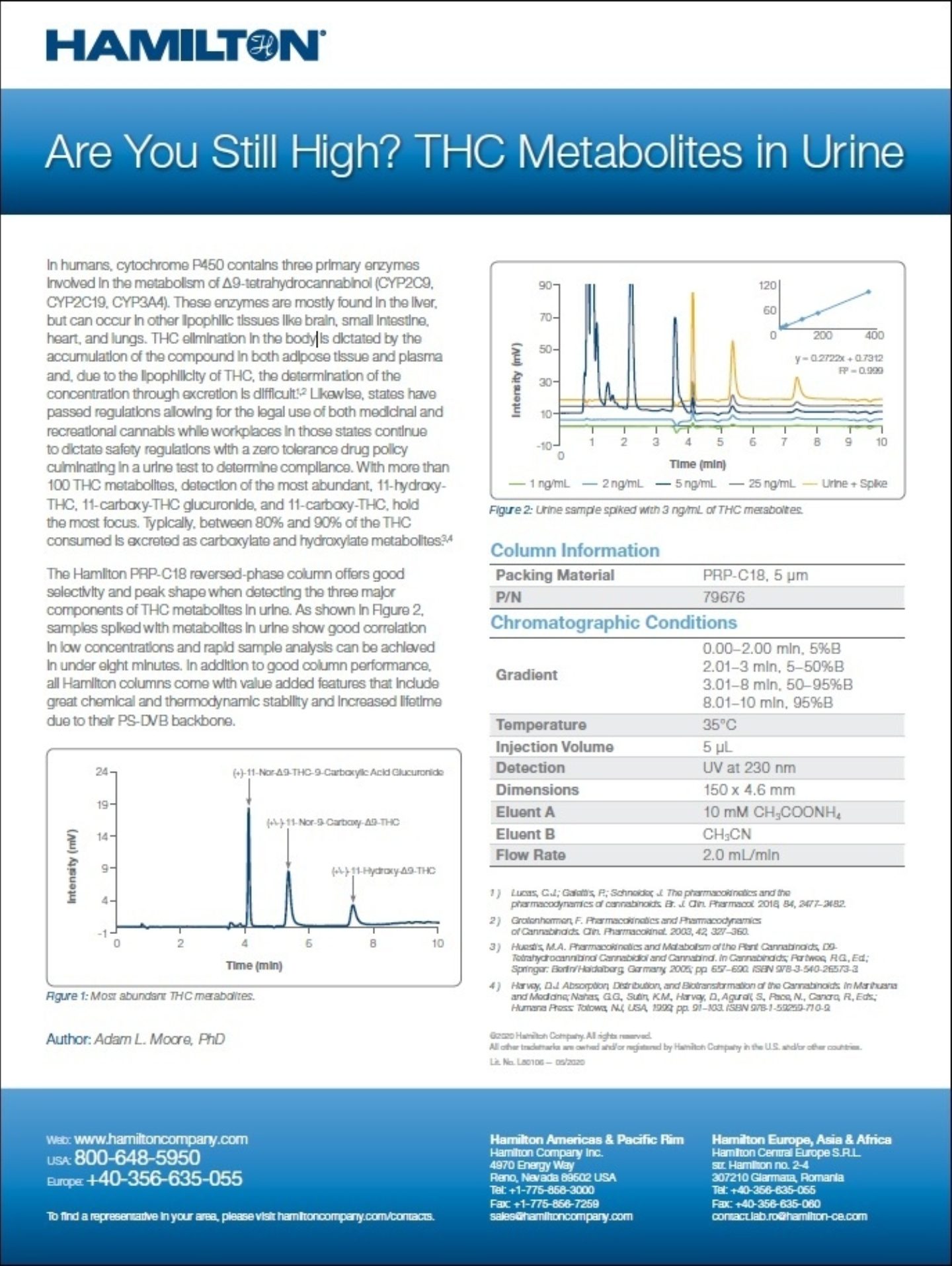