The diterpenoid, paclitaxel, which was identified as a potent chemotherapy agent for breast and ovarian cancer originates from the Pacific Yew tree. Though the life-saving compound was initially found in the bark, its presence was later confirmed in every part of the tree excluding the fruit.1 Paclitaxel, is a member of the taxane family and has been associated with the highly toxic nature of the Taxus genus.2 Paclitaxel was discovered to inhibit mitosis in tumor cells and other fast growing cells through the binding of microtubules.3 This behavior led to its use as a tumor suppression agent. The isolation of paclitaxel from its major impurities is shown below with the use of Hamilton’s PRP-1 (5 µm) HPLC column.

The isolation of paclitaxel was achieved by utilizing a sodium citrate buffer with a concentration of 20 mM at pH 6.0. The aqueous modifier promotes a stronger interaction between the analytes and the highly lipophilic resin. Complete baseline separation was observed using a 0.75 mL/minute flow rate at 35°C. While other HPLC methods employ a 250 x 4.6 mm HPLC column, we were able to reduce the column dimensions to 150 x 4.1 mm to facilitate a faster method while still maintaining good peak shape and resolution. Scale-up is easily accomplished due to Hamilton Company’s proprietary stationary phase which can tolerate large sample loads without sacrificing peak shape, resolution or exhibiting carryover peaks. 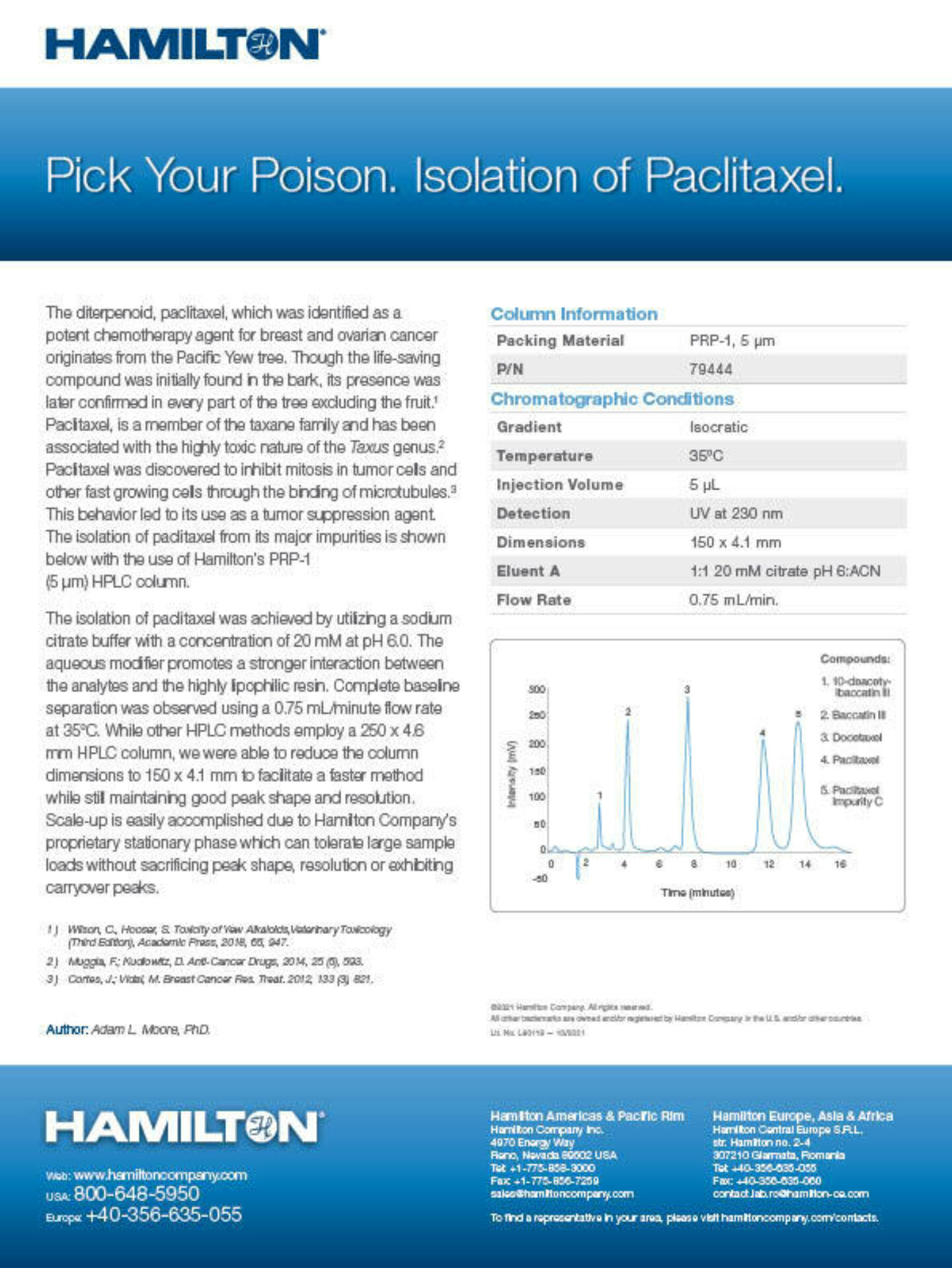