An ion is a particle formed when a neutral atom gains or loses one or more electrons. An atom that loses an electron forms a positively charged ion called a cation; an atom that gains an electron forms a negatively charged ion, called an anion. The word “ion” derives from the Greek language and means “the traveller.” Under the influence of an electric field cations and anions will migrate (travel) to their opposite pole, and thereby they create conductivity in gases and liquids. The hydrogen Ion concentration is one example of how ions influence a more commonly known value as pH measurement.

Water is an excellent solvent for three groups of chemical compounds: salts, acids and bases. When introduced to water, these chemical compounds separate into their ions – they dissociate. When sodium chloride is placed into water, the polar forces of the water molecules will reduce the electrostatic attraction between the negatively and positively charged ions and pull the ions apart. The ions are then surrounded by water molecules (they become hydrated) which prevents the recombining of the ions. Hydrochloric acid will dissociate in the same way into H+ and Cl- ions and sodium hydroxide (NaOH or known as caustic soda) will dissociate into Na+ and OH- ions.

The dissociation of acids, bases, and salts in water causes the water to become an excellent conductor. The resulting solutions are therefore called electrolytes.

Prior Article - The Nernst Equation 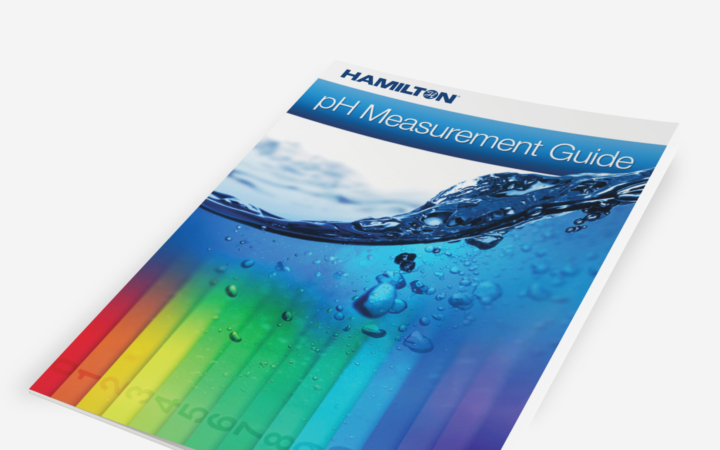 Get a better understanding of pH measurement in Hamilton’s comprehensive pH Measurement Guide.