Hamilton polymeric PRP-X100 and PRP-X110 anion exchange columns are the easy way to separate inorganic and organic anions from 10 ppb to 500 ppm without elaborative pre-concentration or suppression. Virtually all mobile phases, based e.g. on hydroxide, carbonate, benzoate or phthalate eluent, can be used with PRP-X columns to provide good performance for any kind of anion separation.

Column-to-column reproducibility has become one of the most critical aspects of column quality. Nobody wants to develop a method only to find out that the column that they purchase later for the same application does not perform in the same manner. Every Hamilton column is produced according to ISO 9001, validated and delivered with a Certificate of Analysis to ensure perfect reproducibility of your results.

PRP-X100 and PRP-X110 columns are packed with a high quality polystyrene-divinylbenzene (PSDVB) resin of well defined porosity with covalent bounded trimethylammonium anion exchange groups. This highly inert polymeric support resists chemical attacks from organic solvents and aqueous buffers (0-100% aqueous or organic; pH 1 to 13), effectively lengthening the column lifetime. The columns may be cleaned under harsh conditions to completely remove any persistent contamination and the subsequent regeneration procedure will quickly return your chromatography back to its original state.

PRP-X100 and PRP-X110 columns can be used with any existing HPLC or ion chromatograph to easily determine a large variety of anions in almost any sample matrix including air, water and soil, for example: 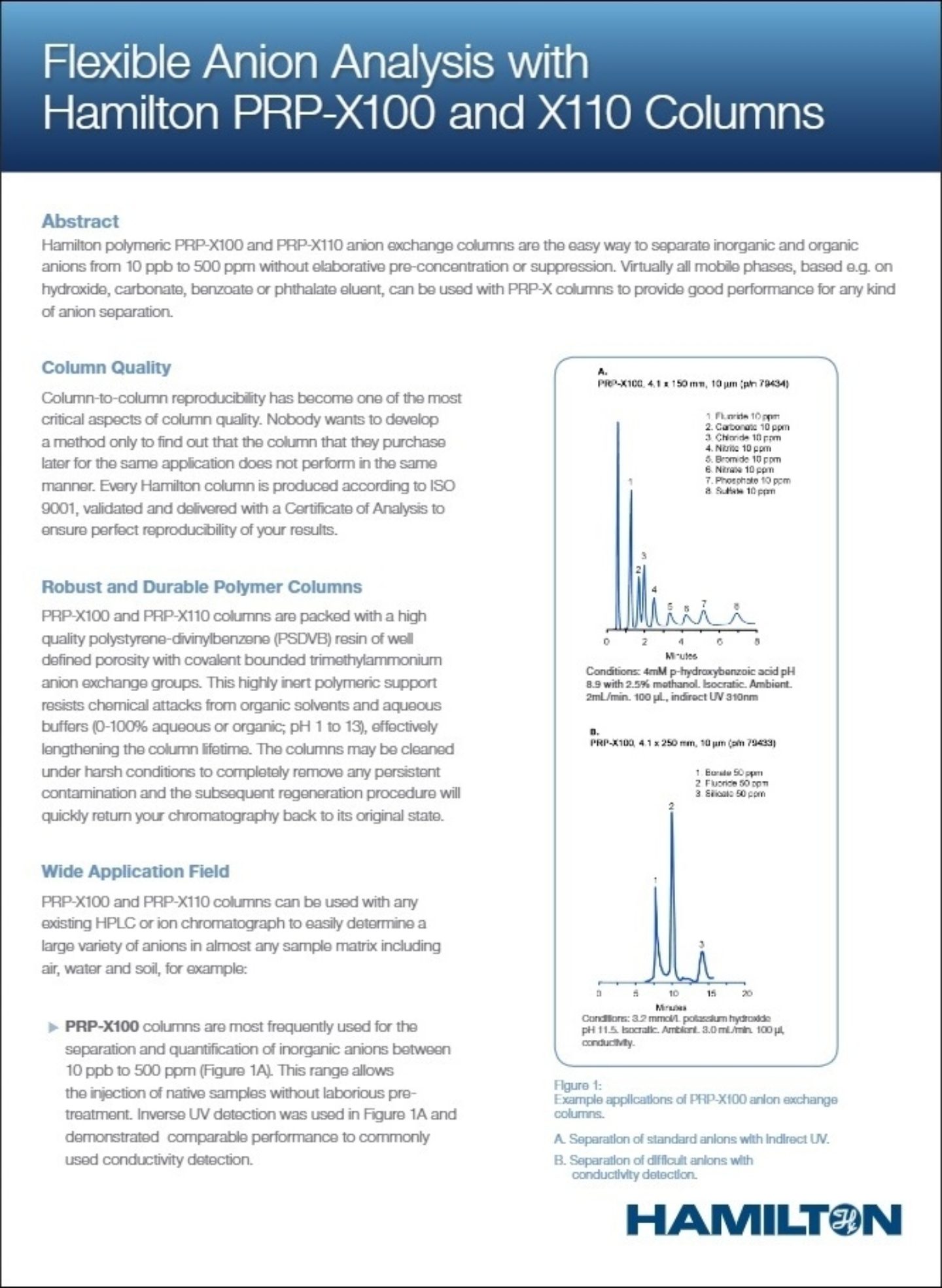