Does your application require pipetting of volatile solvents? The Anti-Droplet Control enables a combination of CO-RE™ technology and air displacement pipetting with pressure monitoring to achieve the highest process security. In conventional pipettes, the high evaporation pressure of volatile solvents causes immediate dripping from the tip. The Microlab STAR Line uses Monitored Air Displacement Technology (MAD™) and can therefore detect pressure changes following aspiration and compensate for them in real time.

The principle is shown in the illustration below: as the evaporation causes a pressure increase the pipetting unit detects the changes and compensates for them with plunger movements. The liquid remains in the tip. 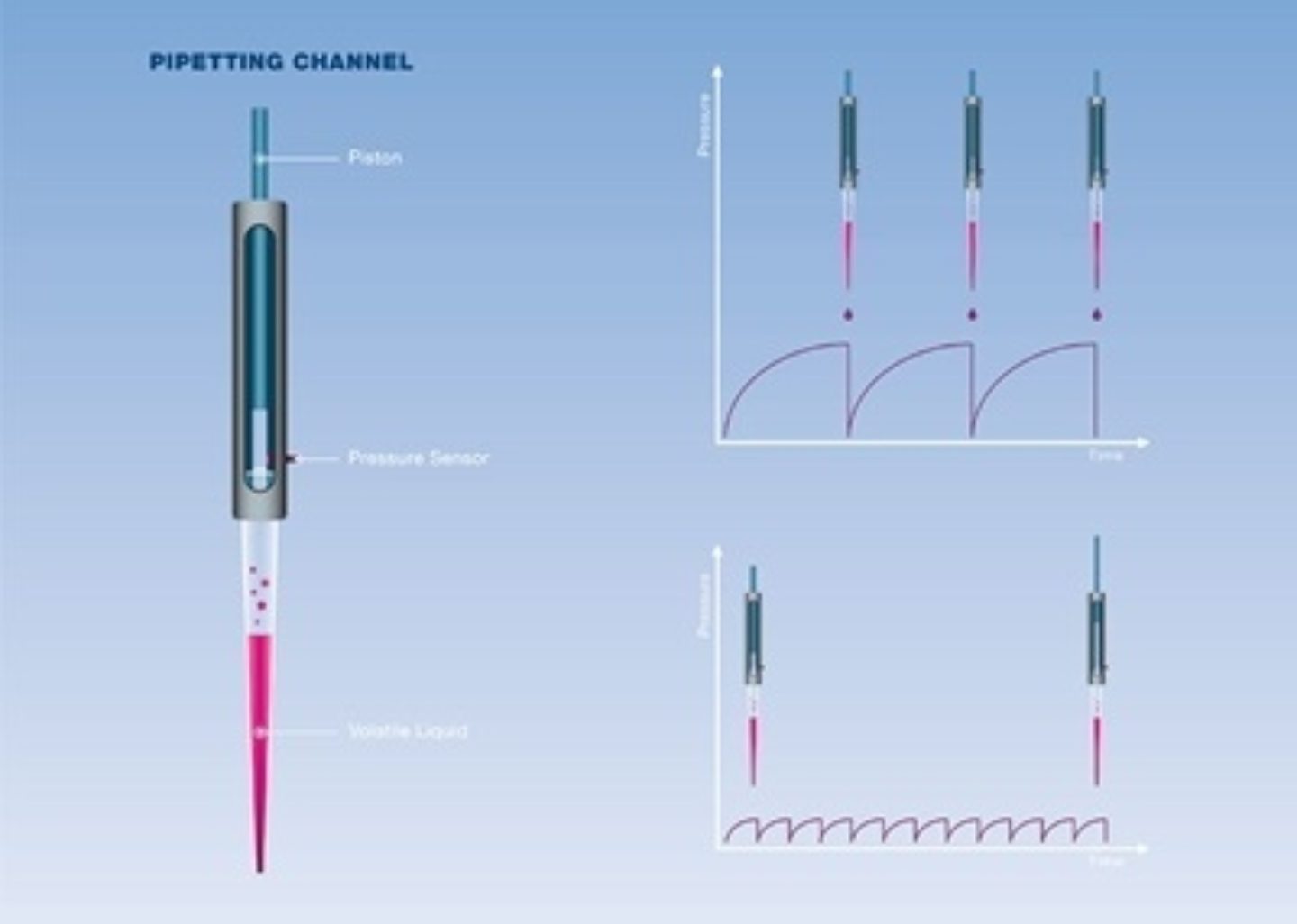 ADC works by continuously monitoring the pressure in the channel. The STAR channels sense the minute increase in the vapor pressure inside the barrel. When the pressure reaches a point where a drip is likely to occur, the plunger is withdrawn a step or two to keep the liquid inside the tip and prevent dripping. Volatile liquids such as Ether and Aceto Nitrile can now be safely pipetted from one side of the deck to the other.

A: schematic drawing showing a pipetting channel with its pressure sensor. The volatile liquid contained in the tip evaporates into the air space.

C: with ADC, pressure differences are detected by the pressure sensor and compensated for in real time by piston movements: droplet formation is prevented.