The biopharmaceutical industry is constantly trying to gain a deeper understanding of their processes to improve productivity. A good example of this are initiatives such as the 2004 Process Analytical Technology (PAT) from the FDA.

During the production of monoclonal antibodies (mAb) control of the bioreactor throughout all phases of cell growth is critical to increase yield. Over time these control parameters have changed from discrete off-line measurements to continuous in-situ measurements. Continuous measurement in the bioreactor is already common for variables such as pH and dissolved oxygen. Recently more complex measurement parameters such as Total Cell Density (TCD) and Viable Cell Density (VCD) have entered the market. Studying these new parameters allows further monitoring and automation such as precise regulation of the nutrient feed based on the growth rate of cell cultures.

The Cell Culture Research Team of the University of Bielefeld (Germany) is actively studying the applications of new technologies to bioprocesses understanding. Part of their studies focuses on testing innovative in-situ sensor technologies.

Figure 1: Set-up of the experiments and Incyte sensor’s detail. 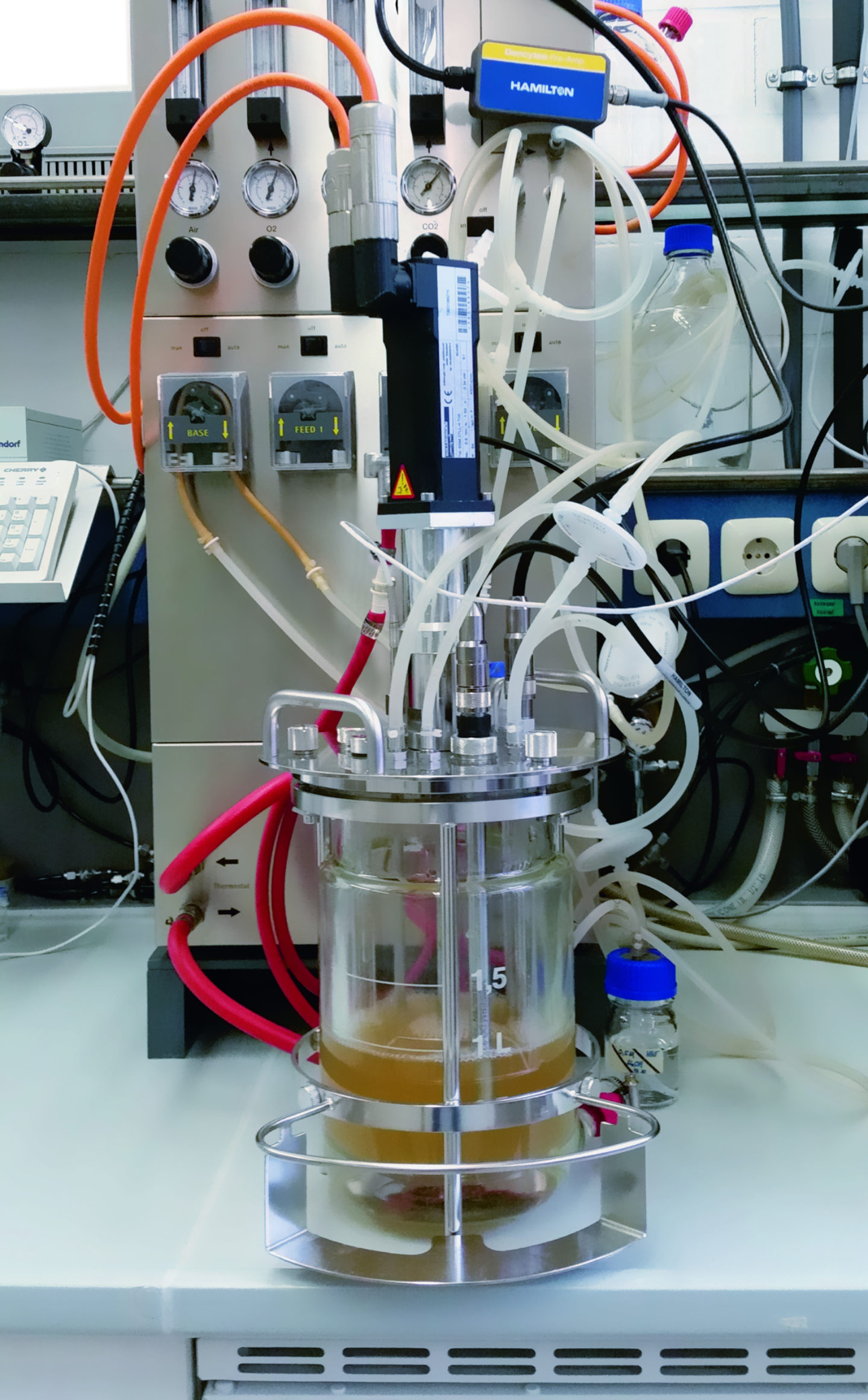 Their experiment involved a 2 L bioreactor with pH and pO2 variables kept constant throughout the runs. Cell growth was monitored inside the same bioreactor using two different cell density sensors in parellel (Fig. 1 and 2).
One Incyte sensor was used to measure viable cells based on permittivity. The total cell density was measured, as well, using a Dencytee sensor: the parameter was determined by an optical measurement of turbidity at 880 nm wavelength. Throughout each experiment, off-line cell culture measurements
were taken daily to provide comparison data.

By measuring both TCD and VCD in parallel, it has been possible to verify that the bioprocess conditions have been ideal: the viable cell density signal being was really close to the total cell density one.

The results of the experiments are presented in the graphs (figure 3 and 4). The continuous green and blue lines represent the continuous measurement of VCD and TCD with in-situ sensors. The discrete red dots represent the daily measurement with the off-line reference method. In order to facilitate the performance comparison, the TCD raw data have been scaled to the VCD ones.

The results prove that Incyte and Dencytee Cell Density sensors are reliable tools to provide valuable measurement data for both R&D bioprocess as well as PAT tools in production.