Combined measurements of total and viable cell density, as well as pH and dissolved oxygen for better process understanding and control.

Mammalian cell culture processes are very important for the production of various recombinant proteins for clinical applications such as vaccines, antibodies and pharmaceuticals. The physiology of these cells is very sensitive, leading to the need of sophisticated process technology. A reliable sensor set-up is required for the control of major process parameters, such as pH, dissolved oxygen, carbon dioxide, cell density and feed rates. If these set-points are not controlled tightly, this has a potential impact on the product quality and quantity. Besides that, a steady cell concentration measurement is necessary to plan feeding strategies. 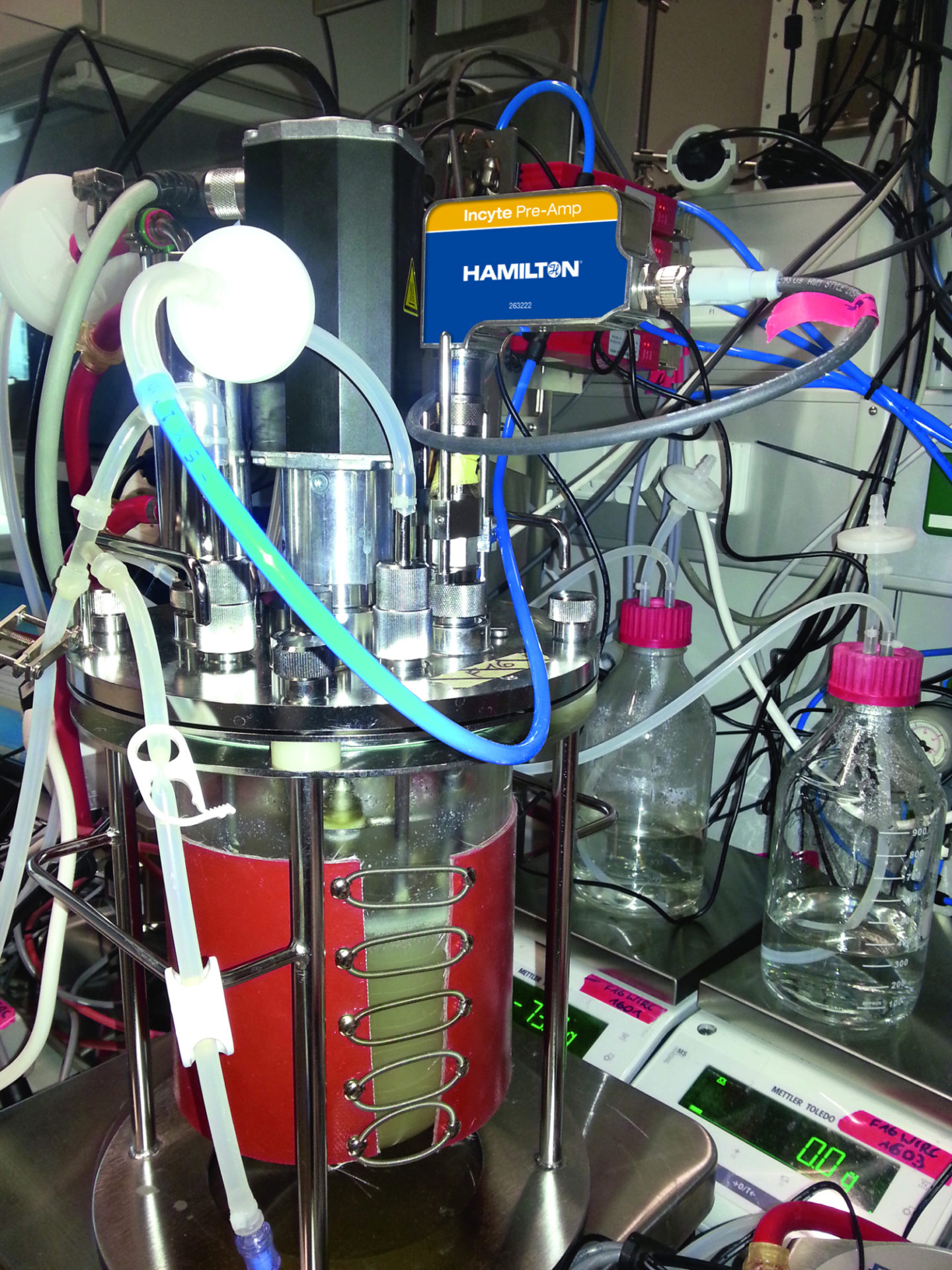 A batch process has been engineered, applying CHO cells for the production of monoclonal antibodies, conducted in bioreactors. CHO cells are largely used for the production of industrially relevant recombinant proteins. Monitoring and tight control of process parameters, such as pH, dissolved oxygen, optical density and capacitance, is required to achieve batch to batch reproducibility. Any deviation of the process affects the growth of the cells significantly. Measuring the mentioned parameters in real-time and in combination, also enables to generate improved process understanding through analyzing the viability and growth of the cells.

A combination of Hamilton sensors, pH (Easyferm Plus ARC 225; Ref: 242092), dissolved oxygen (Visiferm DO ARC 225; Ref: 242164), optical density (Dencytee 320; Ref: 243757) and capacitance measurements (Incyte DN12-220; Ref: 243701) were employed to analyze accurate and reliable online (inside the bioreactor) process monitoring and control. For this purpose, two batch fermentations with mammalian cells were performed under different process conditions, which are given in table 1.

The analytic accuracy of sensors can potentially be compromised through the process, especially due to probe drift and variable settings for gas transfer and agitator speed, which are typical manipulated variables for control of dissolved oxygen. However, it was possible to show that the applied probes for pH and dissolved oxygen control were very accurate during cultivation (see table 2). The accuracy of the sensors was almost constant and both parameters set points could be controlled very well over the whole process time. The drift of the online pH probe was evaluated by measuring the pH using an offline sensor in addition. The measured offline values were in very good accordance with the online measured values. Additionally, the drift of dissolved oxygen sensors was characterized through performing two-point calibrations for three batch fermentations within 49 days. The low point (0%) of the two-point calibration had a coefficient of variation of 2.8% and the high point (100%) had a coefficient of variation of 1.9%.

Table 2: Comparison between set point and measured value of pH and dissolved oxygen during cultivation.

The combined application of Incyte, which gives information about the viable cell density (VCD) and Dencytee, which provides data for total cell density (TCD), were employed to check for a better process understanding in respect to the physiology of the cells. A very good accordance between the determined VCD from offline analysis and the obtained data from the Incyte sensor, as well as Dencytee sensor was observed during the exponential growth phase (see figure 1C and D, the exponential growth phase lasted up to 130 hours of process time). In the degradation phase (starting at about 150 hours process time), the values predicted by both models deviate slightly from the measured. This may be related to morphological variation of the cells (e.g.: a change in average cell size) which may have an effect on the measured capacitance. Furthermore, the absorbance in the infrared range may also be affected by solutes from cell lysis in the degradation phase. The regression model for the Incyte sensor showed an RMSE1-value of 4.46 * 105 cells/mL (CV(RMSE)2 = 8.7%) for the first batch and 1.92 * 105 cells/mL (CV(RMSE) = 4.1%) for the second batch. Whereas the regression model for the Dencytee sensor provided an RMSE of 6.67 * 105 cells/mL (CV(RMSE) = 13%) for the first batch and a value of 2.07 * 105 cells/mL (CV(RMSE) = 4.4%) for the second batch. In comparison to the reference method (Cedex HiRes, F. Hoffmann-La Roche Ltd., Basel, Switzerland), where the error of the machine was 3 * 105 cells/mL (about 3%), hence Hamilton sensors performed very well. 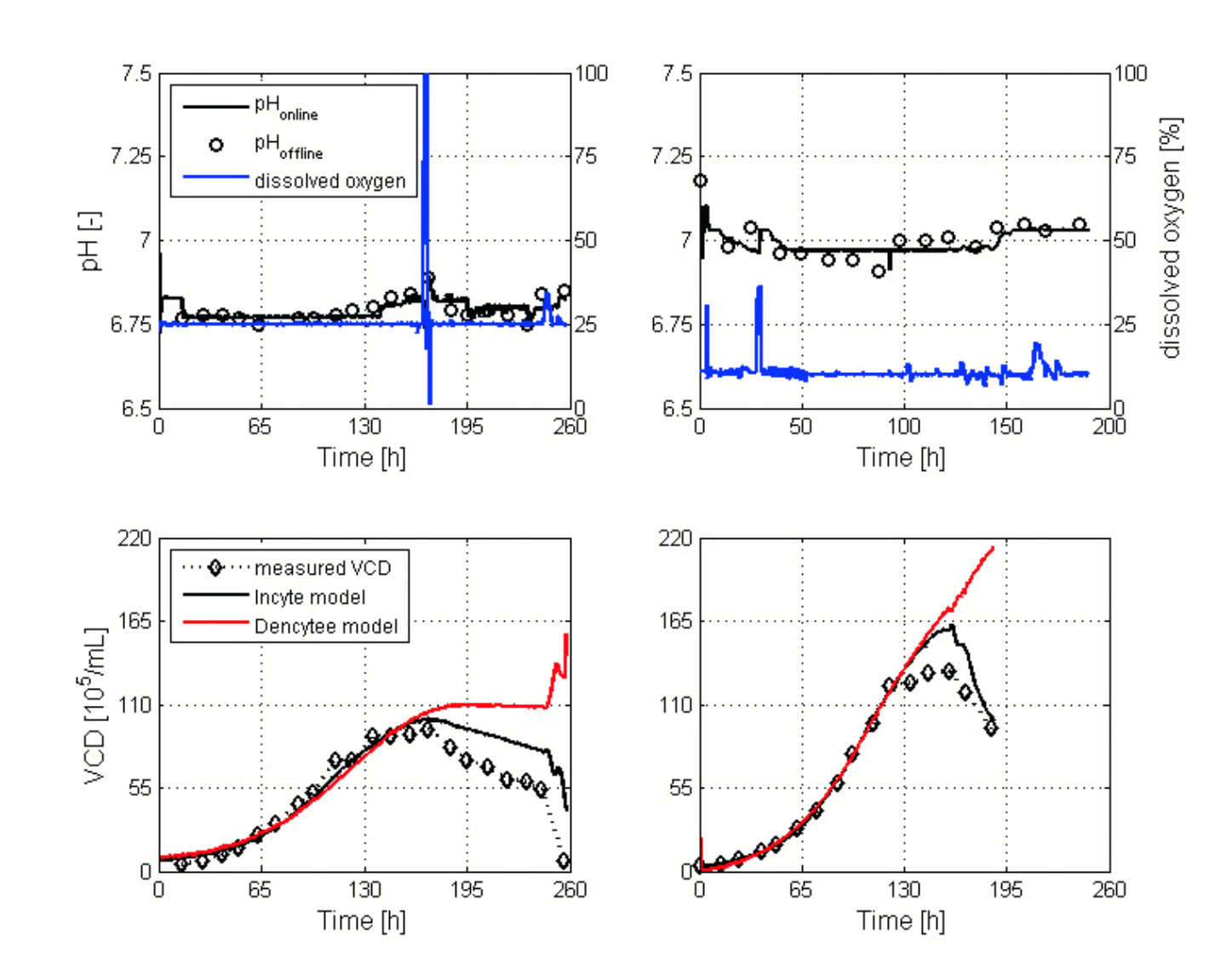 Figure 2: Batch fermentation of mammalian cells. Figure A (Batch 1) and B (Batch 2) provide the online data of pH and dissolved oxygen during cultivation, whereas figure C (Batch 1) and D (Batch 2) show the comparison of determining the cell concentration via the capacitance sensor (Incyte), and optical density sensor (Dencytee), as well as through offline measurements. A short disruption of the oxygen supply occurred during the Batch 1, indicated by the prominent peak.

Advantages of the Hamilton solution

The Hamilton online sensors helped to tightly control, and monitor all relevant process parameters, and provided reliable and continuous information about the process. Only a few simple steps were needed to monitor these relevant parameters for cell culture at the same time. This led to an overview over the whole process. In addition, it was observed that the drift, i.e. deviation over time between the fixed set points and the measured value, was very low during the whole process. Therefore, these sensors can be used also for longer process durations (> 150 hours). The sensors can be easily handled with high accuracy without the need of re-calibration during process. 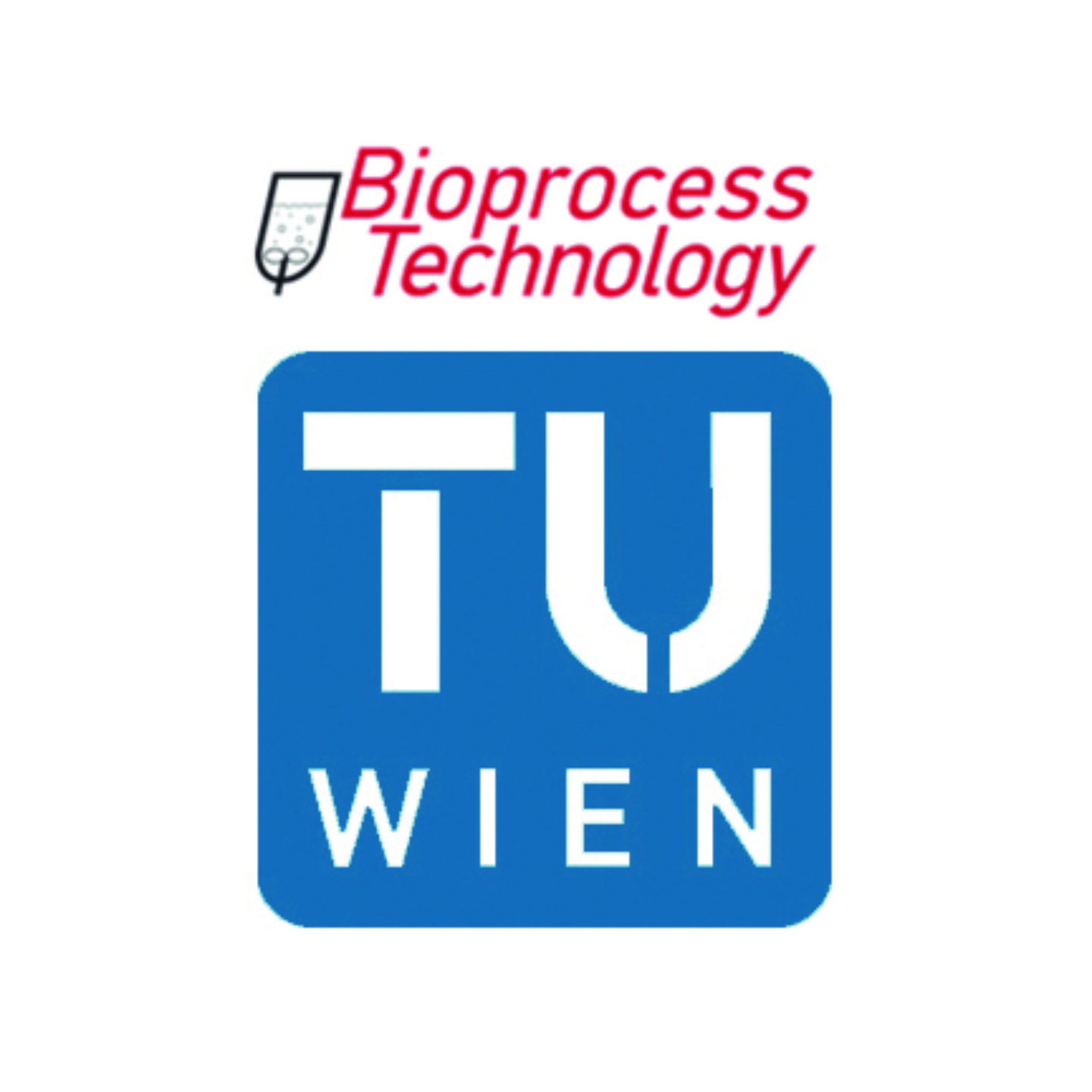