With ongoing climate change, an increasing number of breweries want to improve their carbon footprint while simultaneously producing high quality beer at lower cost. The greenhouse gas CO2 has a multifaceted role in beer production. On the one hand, a lot of it is produced by yeast during fermentation. On the other hand, it is required for multiple steps during beer processing. Once used, CO2 is often released into the environment. This is especially common in smaller breweries where recovery technologies may not exist.

CO2 is used to displace air (especially oxygen) that enters the process during the cleaning steps. The gas is commonly used to purge, pressurize and flush tanks, vessels, and piping to each new run. O2 is well known for its negative influence on flavor and quality of beer. For this reason, the high purity CO2 with no residual O2 is required. One of the leading organic breweries in Germany, Neumarkter Lammsbräu Gebr. Ehrnsperger KG (Neumarkter Lammsbräu) is currently testing a recovery system to capture high quality CO2 released from their process (Figure 1). Besides increased sustainability, their goals include reduced cost and eventual independence from their gas supplier. 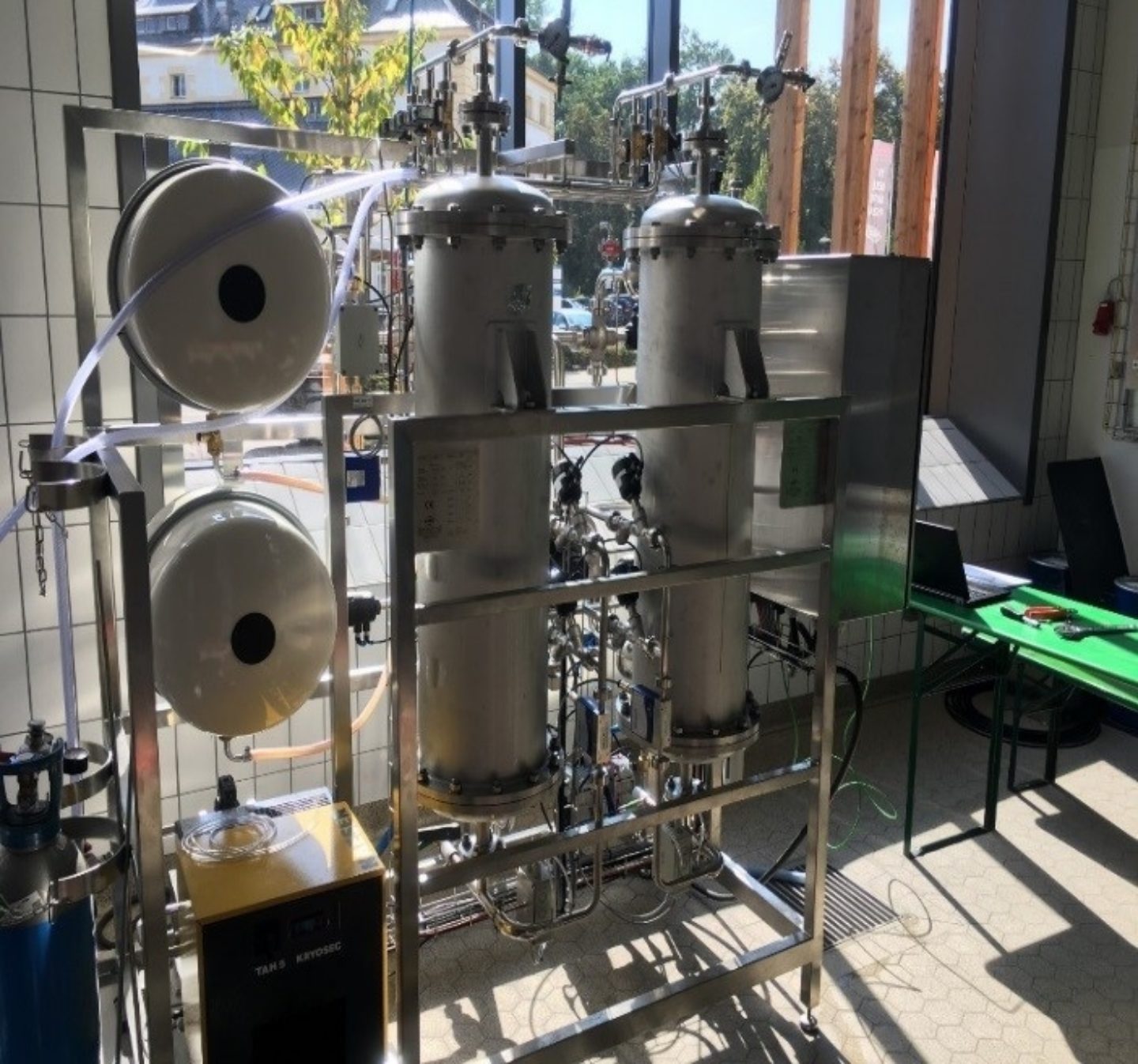 The CO2 recovering technology was developed during the research project Capturing and Storage of Carbon Dioxide (abbreviated as CaSCaDe), initiated by the Chair of Manufacturing and Remanufacturing Technology at the University of Bayreuth, and done in collaboration with brewing equipment manufacuter Kaspar Schulz Brauereimaschinenfabrik & Apparatebauanstalt GmbH and Neue Materialien Bayreuth GmbH, and Neumarkter Lammsbräu. The goal was to create affordable technology suitable for small and midsize breweries that could recover CO2 at costs less than 30 €/t. Overall about 2.3 kg CO2 are required to produce one hectoliter beer. The pilot system is meant to capture more than 60% of the used CO2 during beer production by processing the released gas from tanks and pipes.

The recovery technology is based on a newly developed temperature swing adsorption process. The pilot system contains two adsorption reactors working in parallel (Figure 2). This allows a continuous operation and a flexible utilization of exhaust gas from the brewery. The technology can process gas with a variable CO2 content from 60-100 %v/v and selectively release CO2 with the required quality of 99.95-100.00 %v/v, which by far exceeds the requirements of the regulation 231/2012 EU about gases used as food additives. Moreover a mixture of CO2/N2 gas can be produced. The recovered gas can be used directly for production steps, or excess CO2 is stored in a 7.5 bar rated pressure vessel. 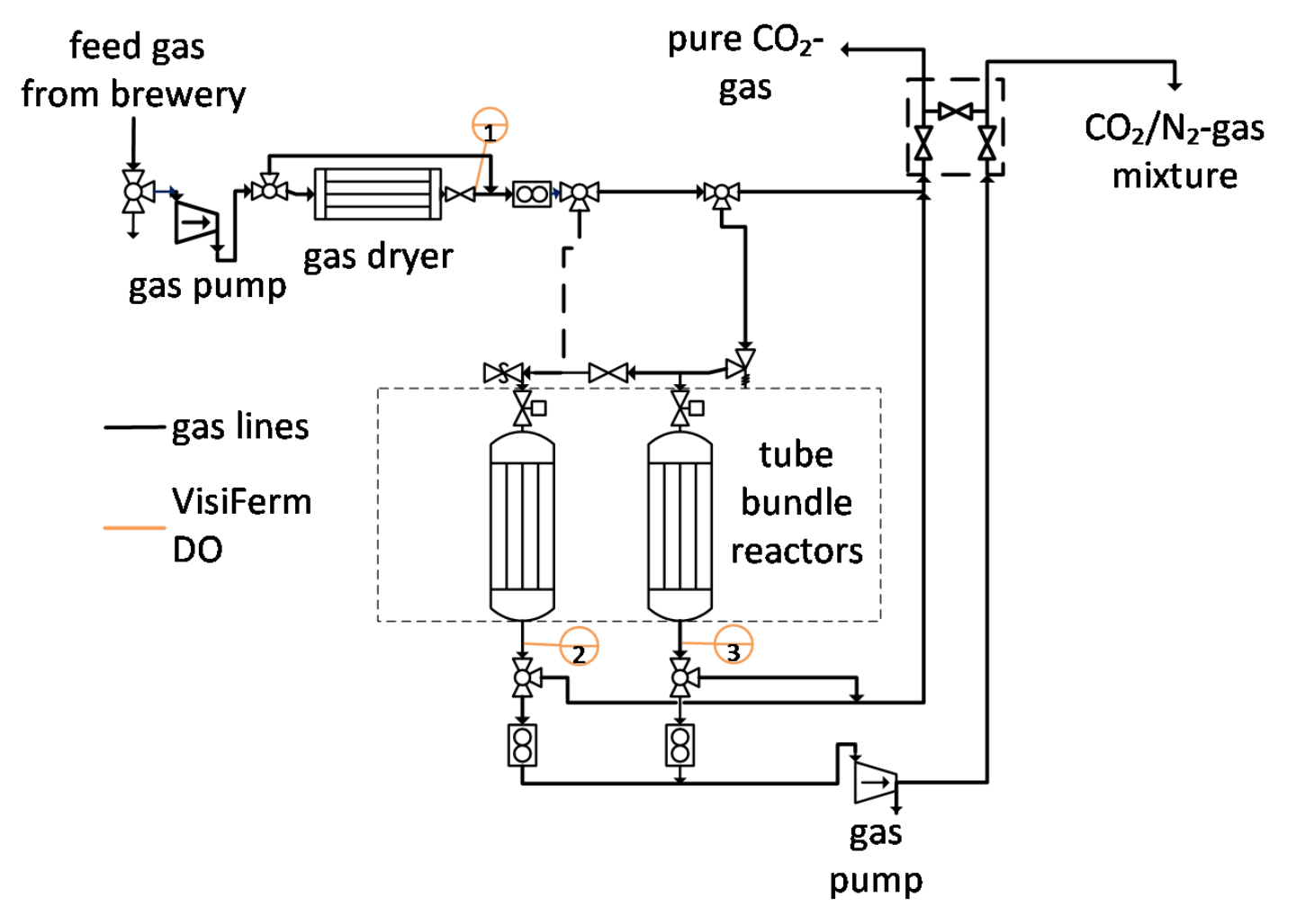 The Hamilton optical sensor VisiFerm DO is used to monitor and control the oxygen content of the recovered gas in order to ensure the CO2 quality. Sensors are mounted on the reactor inlet and outlet streams. Their output signal is connected to the process control system for permanent monitoring of the system. During the process development in laboratory scale as well as in the pilot scale, it was beneficial that the optical O2 measurement is independent of the relative humidity of the gas which may fluctuate over time. 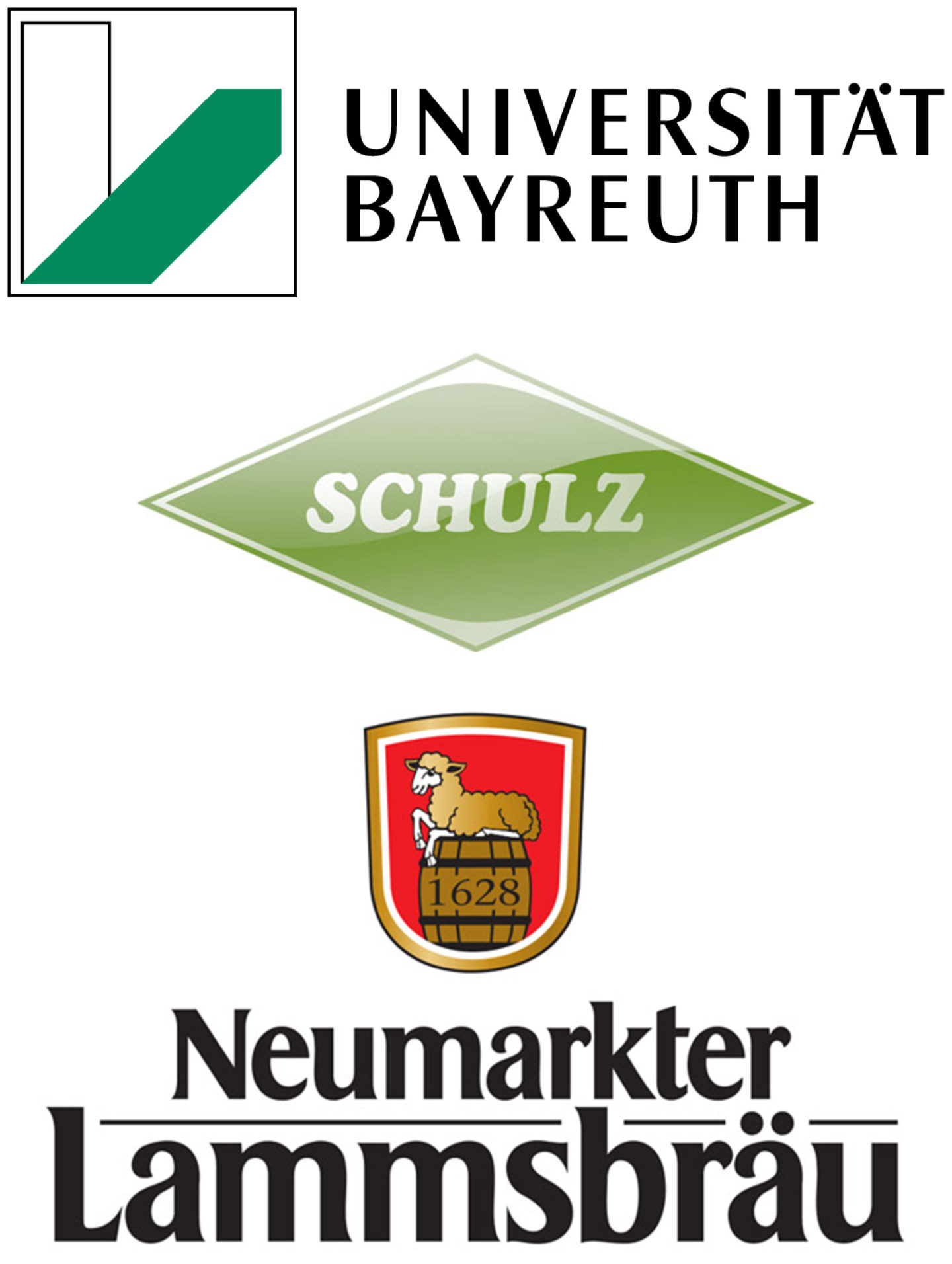