The Quality by Design (QbD) initiative demands the determination of critical quality attributes (CQAs) and the tight process control of the corresponding critical process parameters (CPPs). Direct dissolved oxygen (DO) measurement of environmental factors such as pH and DO are standard CPPs measured in all cell cultures, however direct measurement of cell concentration and physiology has traditionally been performed via discrete off-line analysis. Process Analytical Technology (PAT) such as capacitance measurement (CM) offers the potential to continuously measure the viable cell volume in-line and use the data for direct process control e.g. feeding strategies, time of induction, time of harvest or advanced process modes as such as continuous processes with or without perfusion. Robust correlations between signal and viable cell-concentration are necessary to use CM as a platform technology. This correlation is applicable whether the cell line is the wild type (cells as the product) or a mono- or polyclonal production cell line (recombinant product).

The Cell Culture Technology Group of the Institute of Bioprocess Engineering and Pharmaceutical Technology (IBPT) at the University of Applied Sciences Mittelhessen (THM) uses PAT for the development of new processes in animal cell culture. CM is one of the PAT tools currently used in several studies. 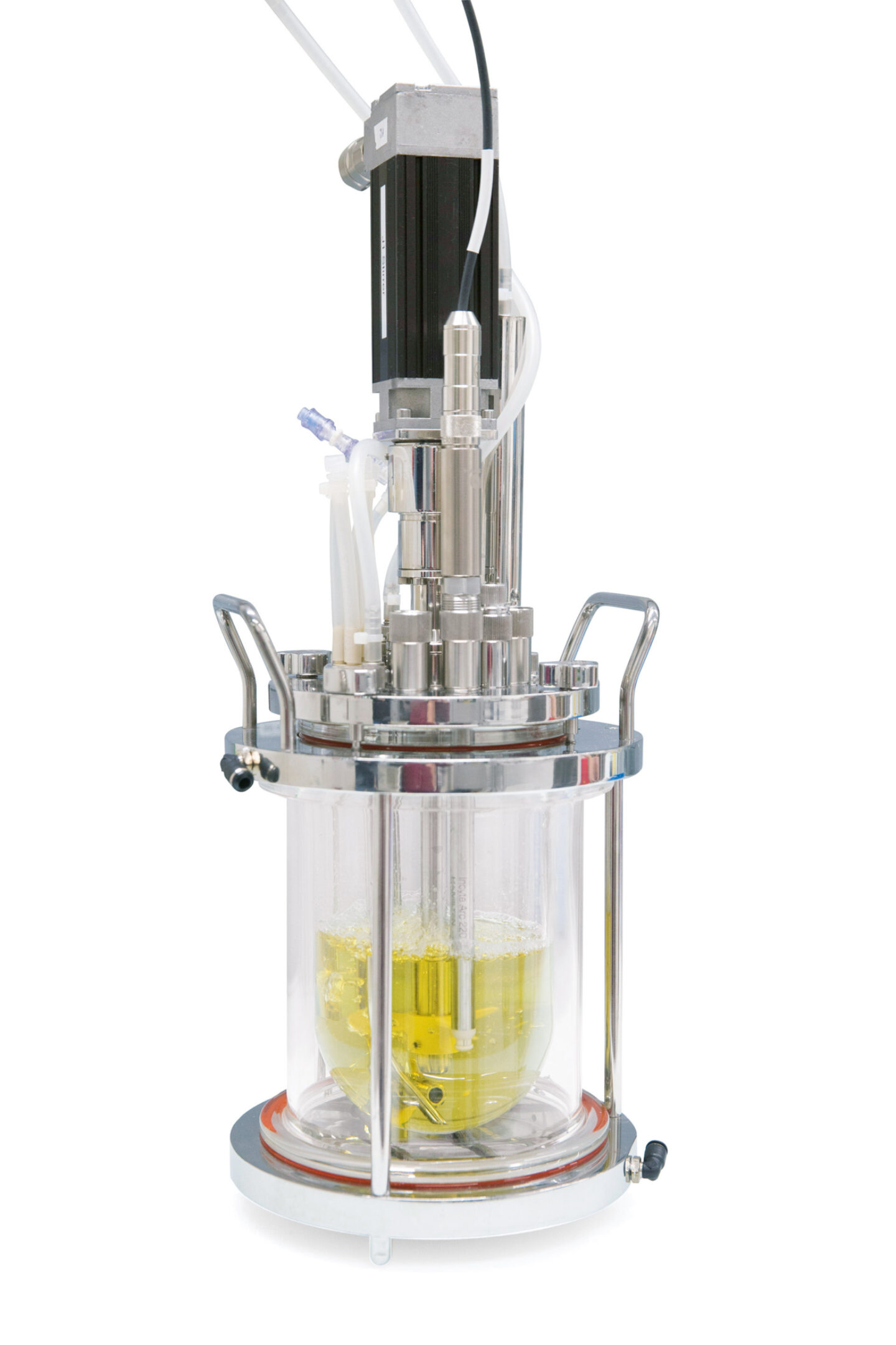 The Cell Culture Technology Group of the IBPT planned and executed batch cultivations of Sf-9 wild type and a polyclonal Sf-9 cell line producing an extracellular protein. The cultivations were performed in a 2 L bioreactor with a working volume of 1 L. Temperature was set to 28° C, DO to 40 % air saturation, pH to 6.3 and stirrer speed to 100 rpm. Capacitance measurement (Fig. 1, Incyte Arc) was used to monitor the viable cell concentration in-line while off-line sampling and flow cytometry was used to obtain the correlation data in both processes.

“CM is robust enough to use the same correlation for similar but not identical Sf-9 cell-lines e.g., wildtype and stably transfected cells”

The capacitance signal and the off-line data were congruent for each run. The offline determined viable cell concentration and the capacitance values of the exponential growth phase were used to obtain a statistically significant linear correlation (Fig. 2) via linear regression with least-square model. This correlation was then used to calculate cell concentrations from the CM signal of both cultivations (Fig. 3). The off-line data is also depicted in these figures to show the deviation between off-line data and calculated data. Looking at two similar but not identical cell lines, the deviation between real viable cell density and subsequent calculated viable cell density is reasonably good. Further experiments can increase the statistical power of this correlation especially considering the commonly known issue of batch-to-batch variability. Results from this comparative study indicate that CM is a suitable PAT tool for the in-line measurement of viable cell density and the correlation found can be used to calculate the concentrations of the wild type and the clonal type of Sf-9 cell lines from the CM signals. Small observed measurement differences between cell lines show a batch variability one must expect in a biological process. 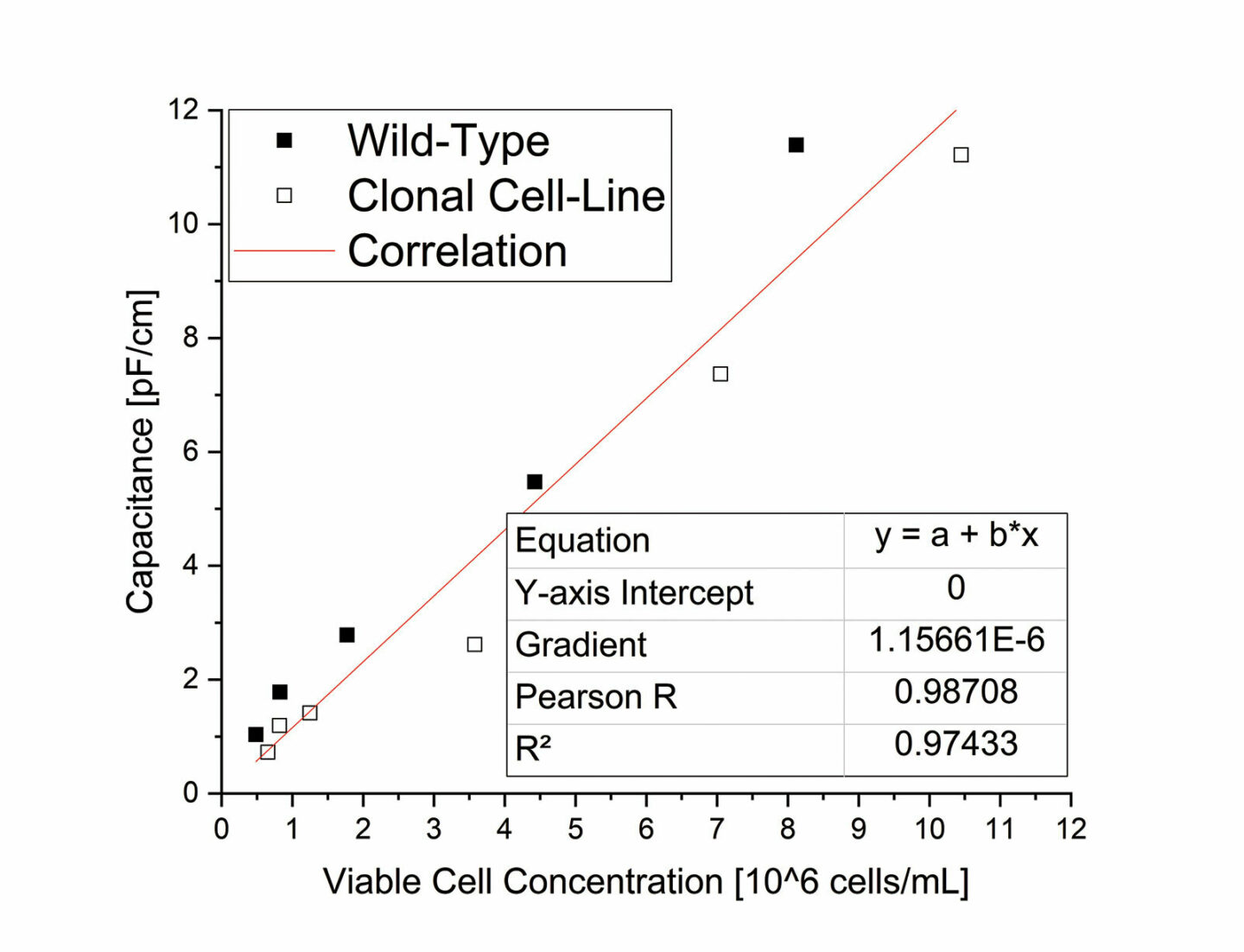 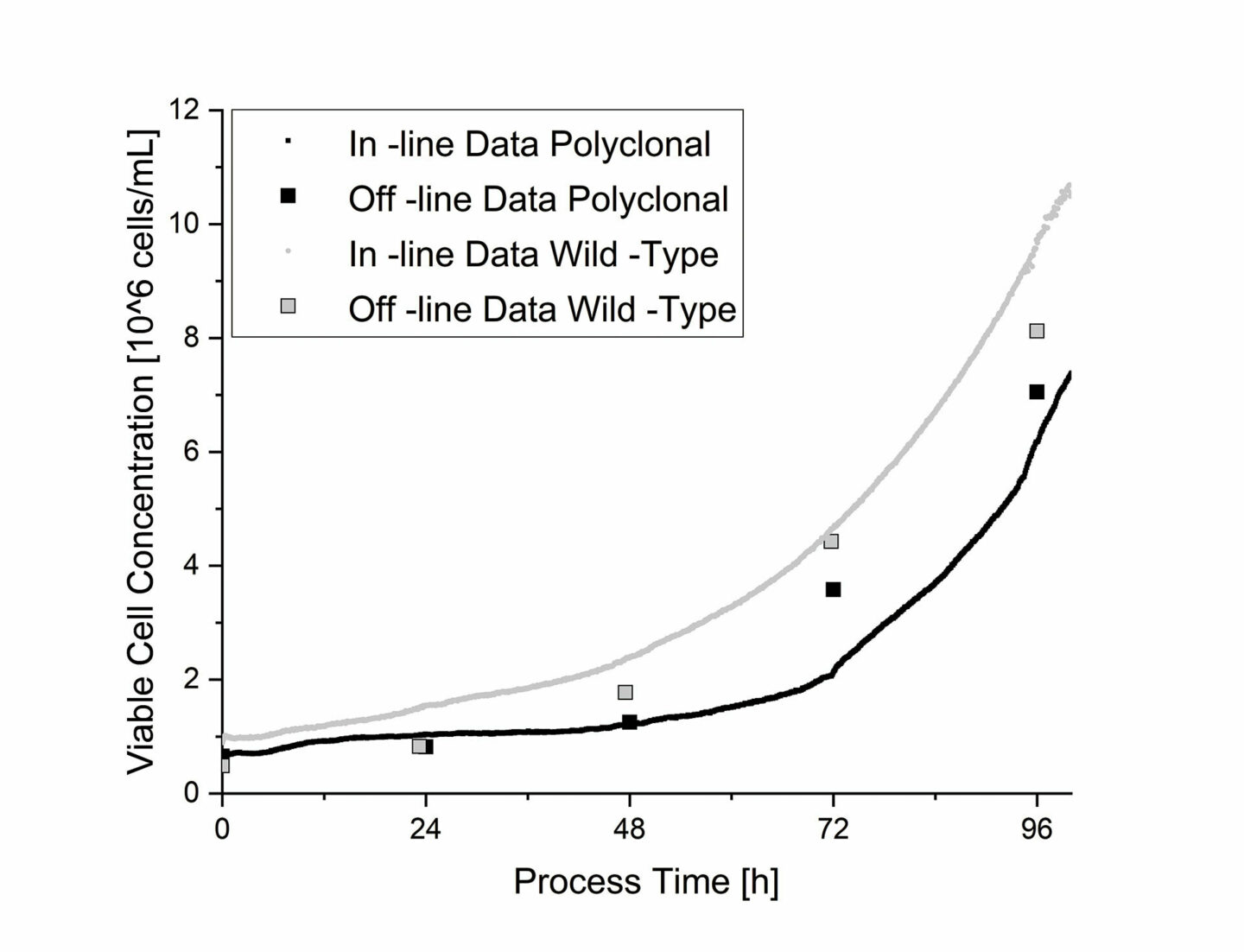