What is the Moving Average?

Since Arc sensors are digital, they are constantly sampling the primary measurement value. Moving average allows each measurement to be averaged over a number of samples. The result of this averaging is a smoother output. Increasing the moving average will slow down the response of the sensor. This can be seen in the graphs below. 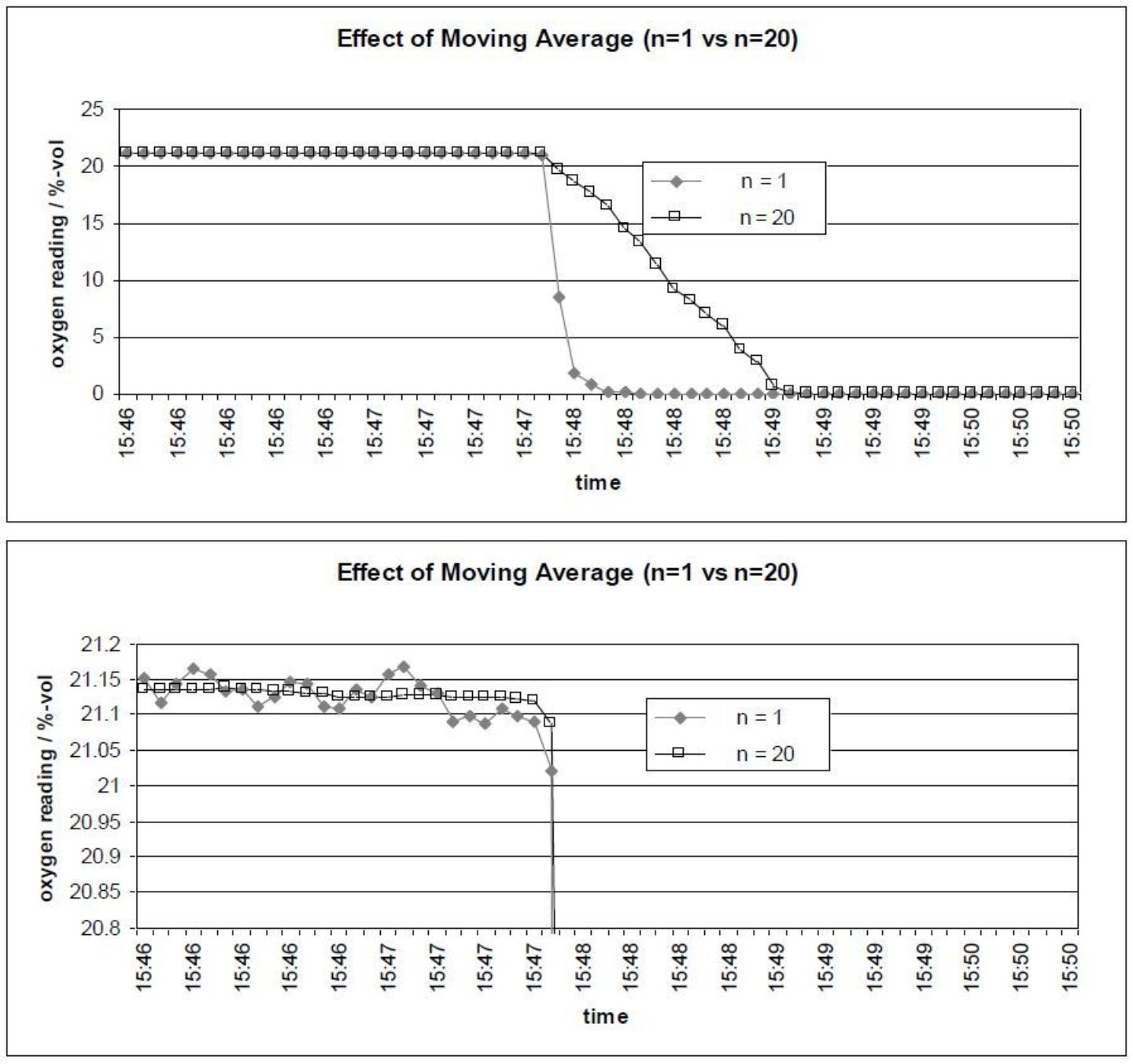 In the top graph, the difference between no moving average (n = 1) and a moving average over 20 samples (n = 20) can be seen. The moving average is effective at smoothing out the measurement which may be desirable for certain applications.

In the lower graph, the same changes are made for a steady process to show how the addition of moving average can affect overall response time.

Where is the Moving Average adjustment made?

The example shown below is from an Arc pH sensor. Other Arc Sensors may have different variables where moving average can be applied. The amount of moving average can also vary depending on the sensor type. Please consult the programmers manual found in the KnowledgeBase for specific information on your Arc sensor.

What is the Auto checkbox next to Moving Average?

Sensors such as the VisiFerm may have a checkbox for Auto located next to the Moving Average setting. See the example below. When the auto box is checked, an algorithm in the sensor will change the moving average based on the rate of change for the primary measurement variable. Auto will apply more averaging when a process is quickly changing (noisy) but will reduce averaging when the process is slowly changing.

What is the difference between Moving Average and Resolution?

Changing resolution may produce a smoothing effect similar to changing moving average, however overall measurement response is not slowed down. It can be an effective solution in high aeration processes to reduce perceived noise. The example below shows the change in measurement stability by moving the resolution value from 3 to 16.