Catechins found in tea (green, white, black), are best known for their antioxidant properties. Catechins have shown to exhibit antimicrobial activity against staphylococcus, E. Coli, and H. pylori1 in addition to preventing oxidative degradation. Due to these attributes, catechins have found utility in multiple arenas: commercial teas, food preservation2, free radical scavenging3 and as disinfection agents4. However, some quantification protocols call for
HPLC run times over 20 minutes.

In an effort to optimize the HPLC resolution after extraction of catechins from a commercial green tea bag, we have chosen a 10 mM (pH 2.5) sodium phosphate buffer for the aqueous mobile phase while utilizing acetonitrile as the organic eluent. The temperature of the separation was found to be optimized at 34°C for the best resolution and peak shape. All eight compounds were separated in under 12 minutes. The caffeine peak, #3, is highly sensitive to temperature changes under these conditions. Increased temperatures caused increased retention, whereas cooling the column to under 20°C was observed to reduce retention to under 4 minutes while leaving the remaining peak retentions relatively unchanged. Reproducibility studies are shown of the analysis from the first injection to the 500th injection, highlighting the durability found in all Hamilton Company HPLC columns. 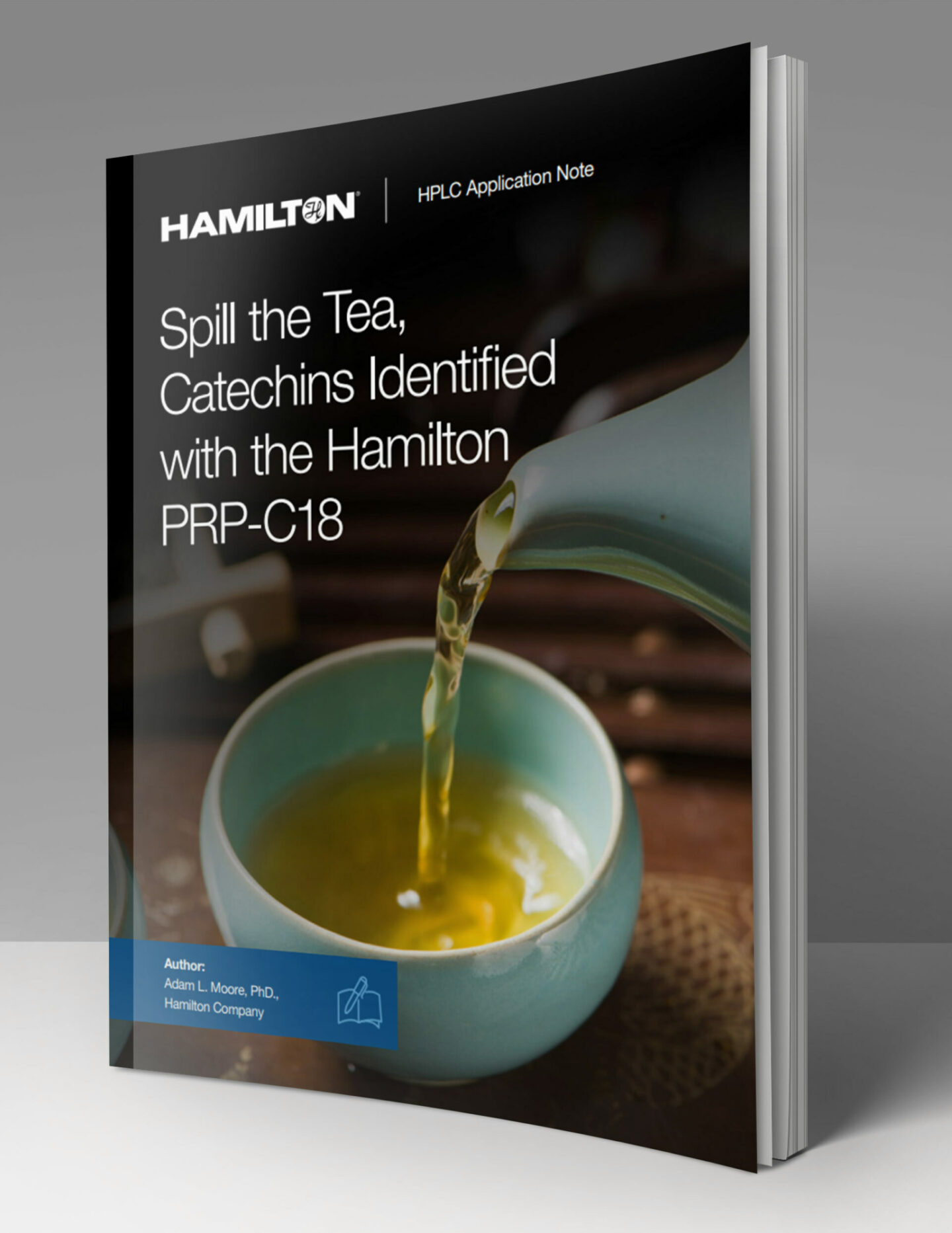