Estrogen Receptors (ER) are found in tissues throughout the body including but not limited to bone, brain, heart, lung, and breast.(1,2)ER binding is primarily activated by the cyclic diol, estradiol.(3) Estrogenic molecules derived from plants (phytoestrogens) can also bind to ER’s in mammals. Plants produce phytoestrogenic compounds like isoflavones and coumestans for varying functions such as serving as deterrents against herbivores, attractants for bees or other pollinators, or recruitment signals for symbiotic soil bacteria.(4,5)

In humans, as omnivores, effects from the consumption of certain plant foods leading to disease is of particular interest. Soy beans for example contain important phytoestrogenic isoflavones, Genistein and Diadzein, which can beneficially bind to ER’s and have been shown to reduce the risk of certain cancers.(6) Soy beans, however, can also contain a fungal metabolite and mycotoxin, Zearalenone (ZEA), which has been shown to preferentially bind to ER’s and cause an increase in the proliferation of certain tumor cells.(7)
Both the mycotoxin and the isoflavones are observed as strong binders to ER’s.(8)

Analyzing soy beans and other crops for beneficial and harmful compounds is an indispensable tool for assessing the viability of harvests for consumption. With this in mind, we have developed a streamlined and reliable HPLC method to separate some known phytoestrogenic and mycotoxic ER binders using the Hamilton PRP-C18 column. 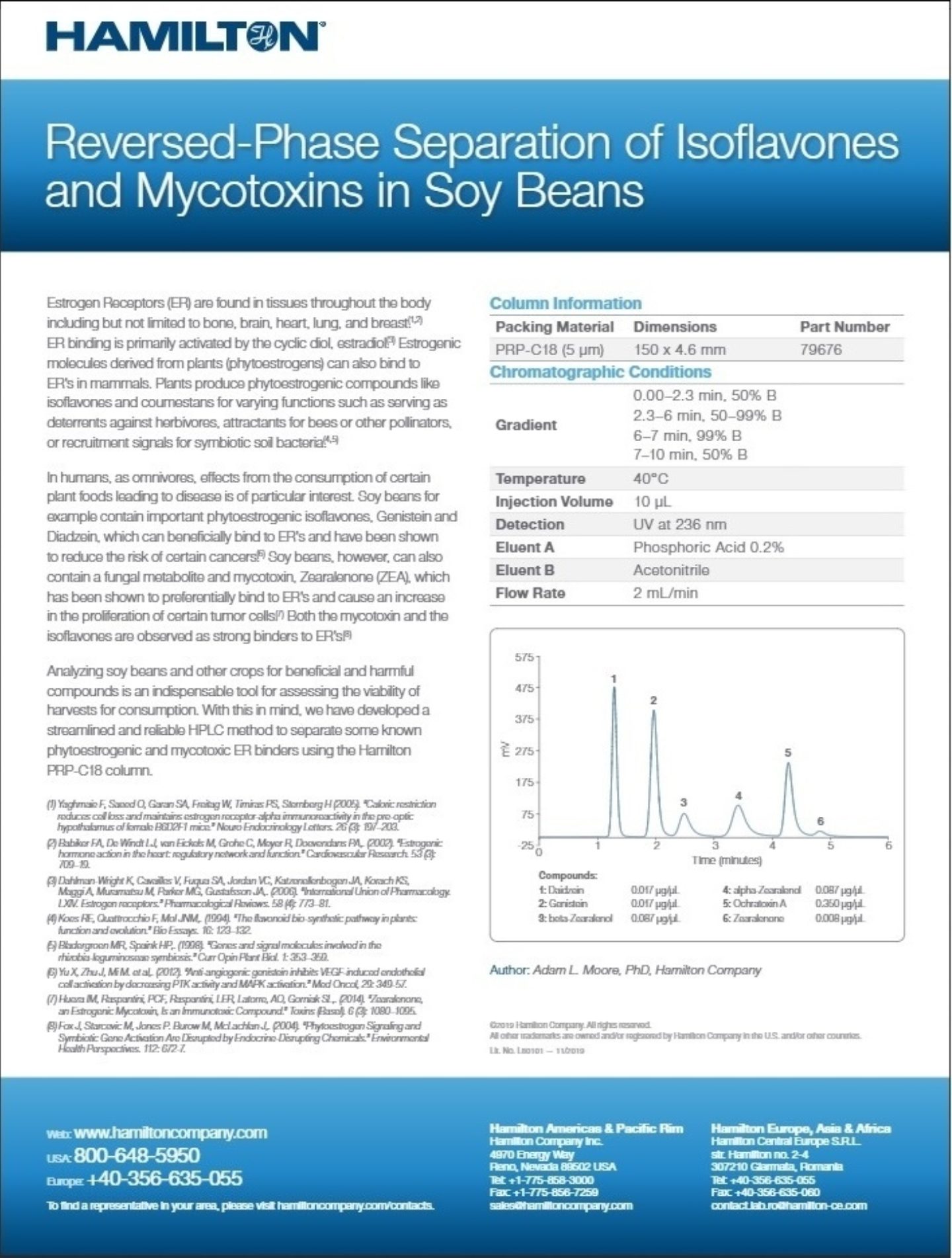