Benzodiazepines were first discovered in the 1960’s and reached a peak around 1970 with diazepam (Valium). During that time the drug was prescribed for any kind of antihypertensive, analgesic, or psychotropic medications1. The overall enthusiasm for the benefits of this class of drug has made a growing trend of addiction more difficult to treat and diagnose. Benzodiazepines became popular due to their safety for the treatment of insomnia and anxiety compared to the preceding sedatives, barbiturates2. Benzodiazepines contain a benzene ring fused to a 7-member diazepine ring with variable side chains that can affect potency, duration of action, metabolite activity, and the rate of elimination. Though this class of prescription drugs is considered socially acceptable and generally well tolerated, the addictive effects can be detrimental to life especially when mixed with other drugs. The most commonly mixed drugs with benzodiazepine include over-the-counter cold and flu preparations or ethanol due to the exacerbated effects of mixing3. Yet, most metabolite toxicology screens of benzodiazepines are only done for oxazepam-glucuronide. The analysis of the metabolites from benzodiazepine use are of importance in the detection of abuse. Though, the majority of benzodiazepines metabolize to a single compound, oxazolam, other metabolites can be detected by liquid chromatography; Temazepam, α-hydroxyalprazolam, 7-aminoclonazepam, α-hydroxy-midazolam, and the glucuronides of lorazepam, oxazepam, and temazepam (LOT).

In this application note, we examine the chromatography of the aforementioned metabolites from benzodiazepine use. Hamilton’s PRP-1, 5 μm, 50 x 4.1 mm HPLC column with the use of ammonium acetate 20 mM buffer to facilitate a run time of less than 10 minutes with good separation between components was used. If a more sensitive detection limit is required, the use of ammonium acetate enables mass spectrometry detection instead of UV used in this application note. 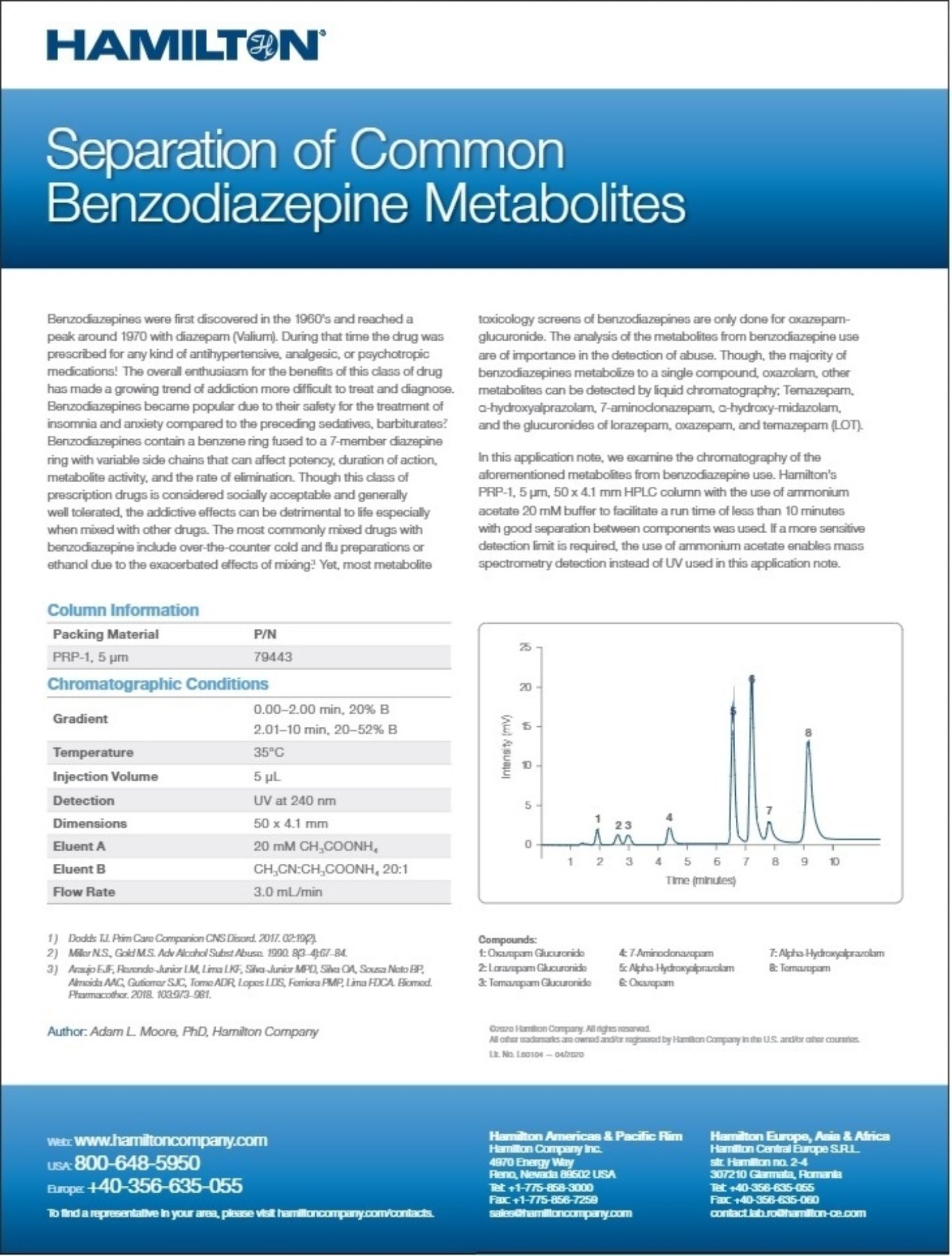